Good Enough for a Sheep Station 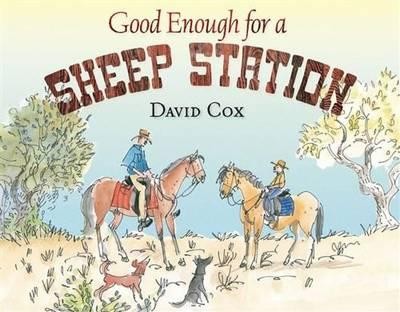 Completing the trilogy that began with The Road to Goonong and continued with The Fair Dinkum War, David Cox explores his relationship with his father and his life as a stockman on a sheep station. His warm observations in words and pictures reveal a resilient quintessential Australian spirit.

As a boy, David Cox lived in the dusty outback on a sheep station. His lessons came in a brown envelope from the Correspondence School, but out of doors his father was his teacher. David learned the stockman’s skills of riding horses and mustering sheep and cattle, and when they were out riding his father would tell stories about old times. Sometimes they would repair stockyards or fences, and when the job was done his father would step back and say, ‘Well, it’s good enough for a sheep station.’

Good Enough for a Sheep Station is beautifully illustrated and written with affection. It is a wonderful way to paint a picture of bygone days for younger generations.

‘Good Enough for a Sheep Station’ is available to purchase online at the following retailers: