There is something good and natural about the art of illustration; it is as much a literary art, to my way of thinking, as it is a visual one and I see illustrators, alongside the writers of words, as story tellers. An illustrator can add subtexts to a story, can even make gentle fun of the text and, of course, there are illustrators such as the Japanese Mitsumasa Anno, who tell stories beautifully with no need for words. 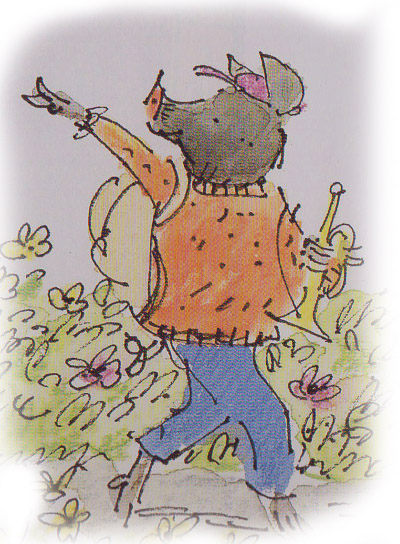 have been an illustrator for a long time now; but I began my working life, when I was sixteen, as a jackaroo on sheep and cattle stations in outback Australia. The good thing about that job was that I didn’t pay for my food or board and I very seldom went near a town or city; so I saved money. When I was twenty-one, I took off for London just to see what the rest of the world was like. 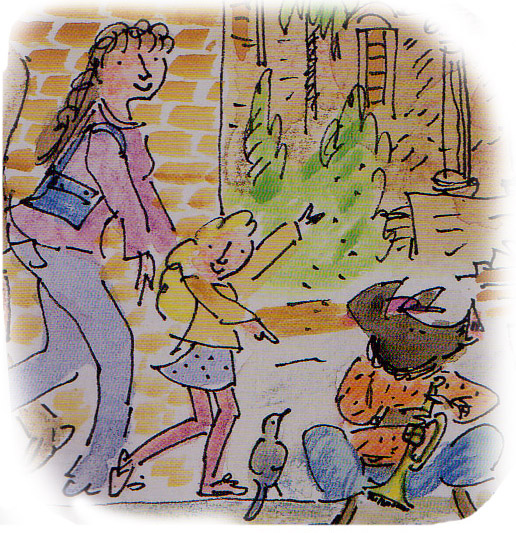 In London, I enrolled at St Martins School of Art and while I was in Beginners’ Year, I received my first illustration commission from Puffin Books. That came as a surprise to a young  jackaroo: who probably still had an air of outback dust. In fact it was because I was a jackaroo that I was offered the commission: the book to be illustrated, Man Shy by Frank Dalby Davidson, was a story about cattle and the stockmen who chase after them.

Of course I had to show samples of drawings and I did all of them in one night. Next day, I sat across a desk from Eleanor Graham, the founding editor of Puffin Books and one of two people often credited for the great development in children’s literature across the world that happened after World War II. the other person was Ursula Nordorft of Harper and Rowe, New York.

Miss Graham looked me over, and then my drawings. I think she was a little uncertain about the country boy who sat in front of her. She said, ‘You should realise that when you work for us as an illustrator, you are in the very best company.’ She was right,some of England’s best illustrators of that time worked for Puffin Books and I did feel privileged… but a bit daunted too. I had not, until then, even dreamed of being an illustrator. 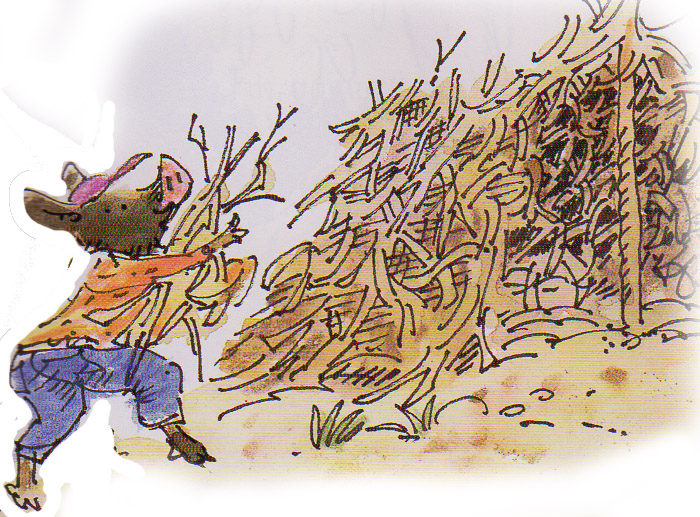 When an illustrator begins on the finished art for a book (rough drawings have been accepted, contracts signed etc.) the only one in the world to be working on this story is that illustrator. The writer of the words will be working on a new story, editors will be taken up with other books. For the next few weeks or months the illustrator is alone. I like the feeling of that. I see myself as something like the little shoemakers, cobblers, we find in children’s stories, tapping away, all alone, swiping at flies (Seven in one Blow).  And I always have to teach myself, all over again,  how to draw; I don’t know if that is so with everyone.

Next week I will go onto some ways to teach our eyes to see and our minds to observe and remember.

Illustrations from The Biography of Gilbert Alexander Pig by Gael Cresp